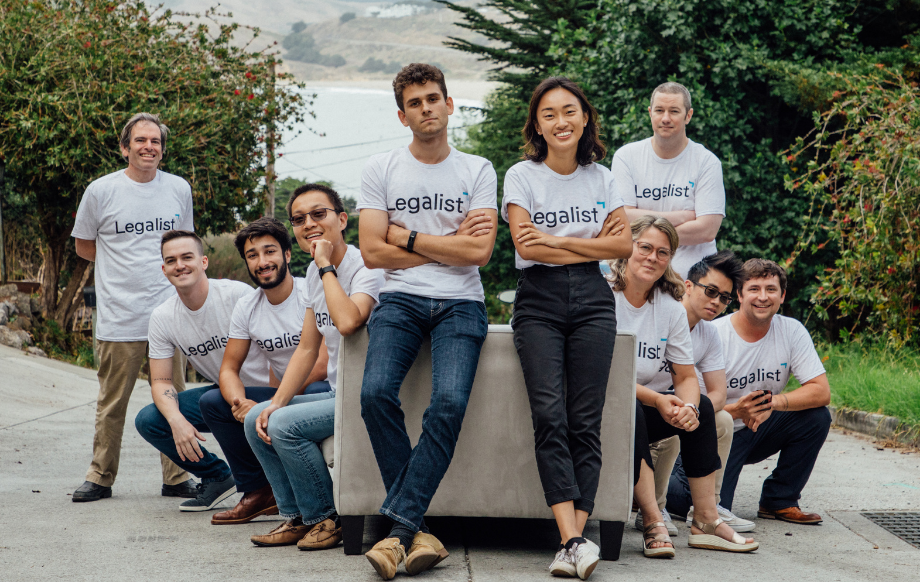 Business Insider interviews Legalist CEO Eva Shang about how the firm has grown since its launch and how she envisions its future.

Eva Shang recalls when, during the initial funding stage of their startup, an investor once called her and her cofounder, Christian Haigh, "tweens."

That investor's probably biting their tongue now. Since it made its splashy debut through the prestigious Y Combinator program in 2016 — shortly after Shang and Haigh had dropped out of Harvard — Legalist has since raised two funds totaling $110M dedicated to litigation finance and grown into a force within the legal industry.

The current pandemic has only made things even busier.

Shang told Business Insider that there's been a surge in demand for funding in the last several months, only adding to the growth it's seen in the past four years.

"The coronavirus has definitely put strain on law firms," Shang said. "Due to delays in courts, law firms are seeing some of their cases not pay off in the time that they would have expected. And they are also seeing their clients reluctant to divert money away from core operations and toward legal fees."

The litigation finance startup's investment strategy is simple: Legalist vets cases by assessing a lawsuit's likelihood of success, and reaches out to the business involved with an offer to fund its case. If they win the lawsuit, Legalist recovers some portion of the money. If not, it doesn't recover any money whatsoever.

The company focuses on helping businesses with commercial claims, including claims made against Equifax, Nestle, and Target.

In addition to reaching out to businesses based on this vetting process, the startup also accepts applications. Though Legalist primarily focuses on smaller law firms, the startup said it's also received applications from 128 of the Am Law 200 firms, of which 68 are in the top 100.

"While our bread and butter is commercial cases, we have also done a fair number of civil rights cases," added Shang. To date, Legalist has made 120 investments in more than 200 claims, according to the startup.

Since the start of the pandemic, Legalist said it's doubled its underwriting team, from three to six attorneys, reflecting the larger industry trend of litigation finance's increasing popularity. The new additions include Judge Jeremy Fogel, retired federal judge of the US District Court for the Northern District of California, and former Cooley litigator Nic Echevestre.

Litigation finance, which kicked off during the 2008 downturn, is riding the wave of another renaissance. As businesses continue to grapple with the pandemic's economic effects, law firms are increasingly turning toward litigation funds, who finance third-party lawsuits for a fee and provide a monetary cushion for litigants.

In early September, six of the largest litigation finance firms, including Burford Capital and Omni Bridgeway, formed an international trade group, representing the industry's growth in recent years. Legalist is part of another trade association that works to shape US regulations in litigation finance.

What the startup does differently from larger litigation funders is that it targets the lower-middle market, focusing on smaller businesses that require smaller investments — an average of $500,000, explained Shang.

Legalist has $140 million in assets under management, which comes from insurance companies, nonprofit endowments, and family offices. Last year, it secured $100 million for its second fund.

"When we launched Fund II last year, people wanted to know if a strategy like ours could scale from $10 million to $100 million. And I think that we have proven that it can," said Shang.

Shang hopes Legalist will have $1 billion in assets under management within a year — all the while remaining consistent with their vision.

But it wasn't always rosy for the startup. Shang said that their "radical" business model presented some initial challenges, since litigation funders focusing on lower-middle markets — which tend to yield smaller returns — generally have a tough time scaling. Plus, they have to "compete with larger players" in order to expand.

Legalist's technology was ultimately what enabled the startup to tackle a higher volume of relatively lower-return cases.

Shang explained that its algorithm combs through the 100 million cases filed in civil court each year, filtering it down to the 1% of cases that are likely to yield favorable outcomes. A group of 6 attorneys then vet the cases to determine which ones they'll take on.

It was this technology that has allowed Legalist to differentiate itself from other litigation funds, despite the fact that Shang and Haigh aren't lawyers.

"I think that not being lawyers hampered us in the beginning," she said. "But our core investment thesis has never been about our prowess as commercial litigators and bringing all of our former colleagues and clients with us to our fund. Our pitch has always been: We are here to build a scalable process that utilizes a combination of legal expertise and technology and operation. And that's the process that we've really built.”

"What we're really doing is we're allowing our clients to have access to justice, and feel like someone who isn't their lawyer believes in them, believes their story — and puts their money where their mouth is," she said.