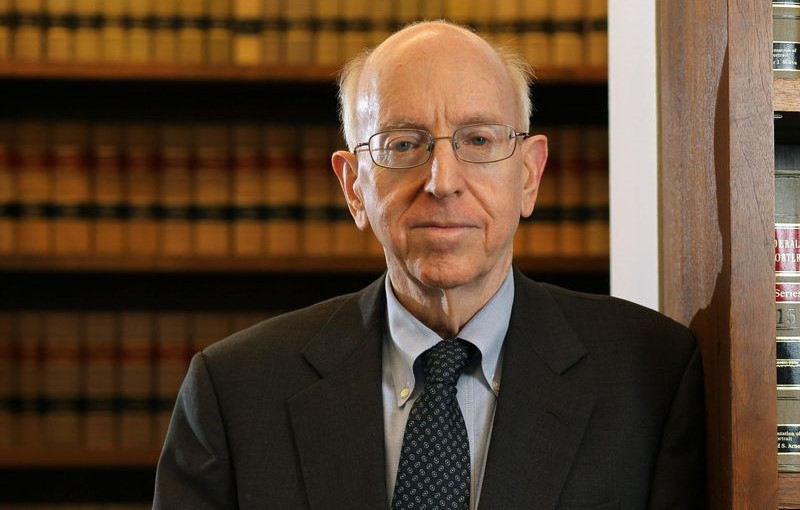 Above the Law on Judge Posner's new job as an advisor to Legalist, and why it's a natural fit.

When Judge Posner abruptly left the federal bench in 2017, the legal world was appropriately stunned to see the legal luminary move on from the role he’d held for almost 36 years. His concern over the way the justice system closed itself off from those who need it most — in particular the way the system treats pro se litigants — drove a wedge between him and his colleagues and convinced him to step away from the appellate ranks to make a bigger impact.

He took on a high-profile pro se matter that raised all the issues he has with the judicial system’s blase treatment of pro se litigants. It was always an uphill battle, but one that Judge Posner felt needed to be fought.

In some ways, it’s not that Judge Posner wants to support pro se litigation as much as he understands the Scylla and Charybdis of the legal market. With the cost of lawyers skyrocketing, the most vulnerable litigants have little alternative but to represent themselves. When the system is pre-disposed to trample on pro se litigants, that leaves a growing swath of people unable to access meaningful justice. And that growing swath has expanded beyond “people” to include small businesses as well, entities that simply can’t afford the outlay to pursue claims.

That’s why it’s a natural fit for Judge Posner to join the ranks of litigation finance. Legalist, a finance firm founded by a pair of Harvard dropouts that uses data and machine learning to identify matters to invest in.

“The principal motive for my retirement was the failure of the court to treat litigants without financial resources fairly,” said Judge Posner. “Litigation finance patches an important hole for businesses with valid claims who lack the funds to hire an attorney.”

Specifically, Judge Posner will be helping Legalist in its outreach efforts to help bring litigation funding to a wider audience. Litigation finance is still relatively new to the American legal landscape and many still aren’t sure what to make of it. That’s where having an ambassador for the endeavor could come in handy.

“Since his retirement from the bench, Judge Posner has dedicated himself whole-heartedly to promoting access to justice in the court system,” said Legalist Chief Executive Officer, Eva Shang. “Litigation finance is an important tool that allows small businesses to retain quality legal counsel and secure the outcome they deserve.”

And while businesses may not be the proverbial widows and orphans we think of when we think of “access to justice,” they are, taken literally, folks who have trouble accessing the justice system.

This is such a natural fit for an icon of law and economics that it’s shocking we didn’t think of it before. The system is stacked to disincentivize claims that — if we’ve got our laws right — should promote a more efficient market. If litigation finance can unrig that problem then that’s generally in society’s best interest.

Good luck to Judge Posner in his new endeavor!