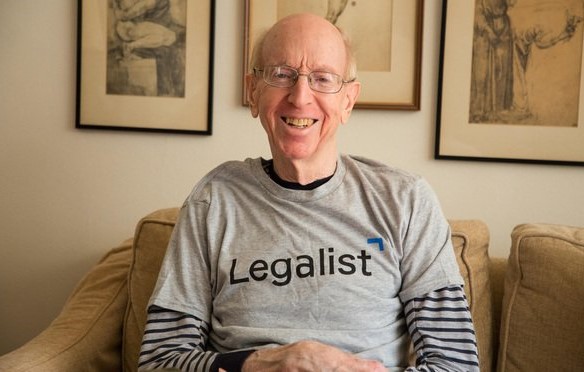 Since Richard Posner’s surprise retirement from the U.S. Court of Appeals for the Seventh Circuit in 2017, he’s focused much of his energy on making the justice system more accessible and responsive to pro se litigants.

That impulse has informed the 80-year-old polymath’s latest move: Posner is entering the world of litigation finance. But he’s not taking a position with one of the giants of the nascent industry. Instead, he’s signed on to serve as an adviser to Legalist, a San Francisco start-up founded by two Harvard undergrads in 2016.

“The principal motive for my retirement was the failure of the court to treat litigants without financial resources fairly,” Posner said in a statement issued by Legalist. “Litigation finance patches an important hole for businesses with valid claims who lack the funds to hire an attorney.”

Legalist was initially backed by startup incubator Y Combinator and claims to be the world’s first AI-powered litigation financier. The company relies on an algorithm built on federal and state court records to determine whether a given case will be successful.

The company says that it focuses exclusively on “David versus Goliath” cases that require less than $1 million in funding.

“Since his retirement from the bench, Judge Posner has dedicated himself wholeheartedly to promoting access to justice in the court system,” Legalist Chief Executive Officer Eva Shang said in a statement. “Litigation finance is an important tool that allows small businesses to retain quality legal counsel and secure the outcome they deserve.”

The judge, who is also a senior lecturer at the University of Chicago Law School, launched The Posner Center of Justice for Pro Se’s to provide pro bono representation, as well as assisting pro se litigants behind the scenes to help them successfully represent themselves.

The author of nearly 40 books, Posner is also currently working on his latest manuscript: “Preserving and Promoting American Law.” He did not immediately respond to an interview request Thursday.